Indeed, no human is limited, and people have gone to great lengths to prove it in every sector. Bodybuilding as a sport is considered reserved for a few people whose bodies are naturally big and strong. But this is not always the case; many people without this natural trait have become enviable bodybuilders. This article will look at dwarf bodybuilders killing it at the gym and giving pros a run for their money. 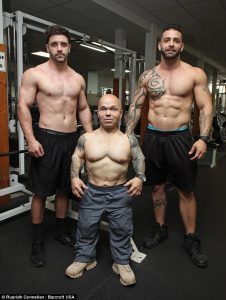 First on our list is this pound-for-pound bodybuilder who boasts of being the only bodybuilder to lift four times his weight. That technically makes him the most muscular man in the world. The 4'4' dwarf hails from Florida and is dating China Bell, a 6'3' model, their physical difference notwithstanding.

Kraft has lifted as many as 36 tons to claim the title of the most muscular man in the world. You might know about Anton Kraft that he s very picky about the kind of women he dates. He has stated that he only dates women at least one foot taller than him. Dwarf bodybuilders are the next big thing in the fitness sector, and Anton is undoubtedly one of the pioneers worth watching out for.

MUST READ:: Top 10 best Immune Boosting Supplements to buy in 2020 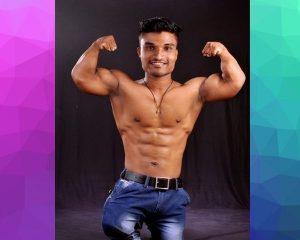 Prank Mohite, an Indian bodybuilder, holds the record of the shortest competitive bodybuilder in the world. The bodybuilder in his late 20s has won several awards at the district, state, country, and international levels. Mohite is only 4'3' in height and holds the Guinness World Record as the shortest competitive bodybuilder. His young age suggests that he has much more to achieve if he keeps the same momentum.
Unlike many dwarfs, Pratik was born with incredibly short limbs compared to his other body parts. However, this did not blur his vision of becoming one of the most successful bodybuilders in history. However, watching his brother work out motivated him to build his strength as a teenager. He overcame a lot of dissing and ridicule from friends and village mates, but that did not stop him from working out to become one of the best in the Indian sub-continent and the world.

Another incredibly ripped bodybuilder, Lee Liston, is giving bodybuilders of tall and average height and other dwarf bodybuilders a run for their money. He was also a victim of trolls, but that did not stop him from beating otherwise 'normal' bodybuilders to have enviable muscles. A resident o Utah, Lee did not start working out late and now does six weekly exercises. His love for building muscle is the primary motivation for his gym addiction.

Lee's workout strategies revolve around remaining lean while building muscle. This is something most bodybuilders are struggling with. He has to work harder than everyone else because he also suffers from achondroplasia, a type of dwarfism that affects bones. His short stature means he has to move weights a shorter distance, unlike other bodybuilders. 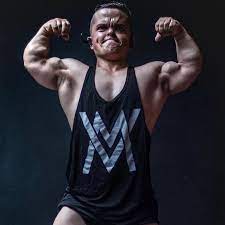 If you were to meet Tom Agnew today, you would be surprised by how ripped and toned the bodybuilder is. He recently stole the show in Auckland, where he made many people with average height question their fitness.
Tom has cited dieting as the most challenging part of bodybuilding. However, he has made great strides in balancing his diet and only taking what their body needs.

The New Zealander is a regular face in local, regional, and international competitions and has won several awards. However, his humility is what many people admire most about the gym rat. Notably, Tom respects everyone in his cycles, thus further endearing him to many gym lovers.

Jeremy's love for bodybuilding started when he was still in high school. He has not looked back since and continues to be a force to reckon with regarding weightlifting. At only 4'5', Jeremy weighs 132 pounds and can lift more weights in proportion to his weight than most bodybuilders. For instance, he can pass nearly 350 pounds, not to mention about 750 squats.

RELATED ARTICLE:: 9 Bodybuilders Whose Bodies Turned Against Them After Using Steroids

Sometimes his weights have to be modified to accommodate his size, but that doesn't change the fact that he does more consequences than most pros. This adjustment has been the source of trolling, but he doesn't give them much thought, instead choosing to concentrate on his workouts. His Instagram has more than 70k subscribers, and he often posts motivational and training videos to encourage and entertain his audience. Follow him today and learn what makes him good at what he does.

Jason Owen is a British bodybuilder with considerable experience in weightlifting. He has had many successes in the field despite his dwarfism. At 4'5', Jason is one of the few dwarf bodybuilders who can lift more than twice their weight. His weightlifting prow has earned him the nickname 'Mini Arnie,' after the legendary actor and weightlifter Arnold Schwarzenneger.
Despite his tight schedule as a worker in Essex and Surrey bars, he still squeezes in two hours a day to work out. He also participates in local and international bodybuilding competitions, where he has won several awards.

Our list of dwarf bodybuilders could not be complete without a woman giving her counterparts a run for their money. Allison Warrel is a female bodybuilder with several weightlifting titles to her name. Her passion for bodybuilding started when she was still a teenager and with little experience in the fitness corridors. At 3'11 and about 40 pounds overweight, Allison works hard to shed the extra weight and maintain her petite nature.
The 35-year-old California resident is also an actress who wants to keep fit as much as possible. Since she decided to hit the gym, her weight has reduced considerably, and she now feels like she owns her body.

Bodybuilding is not only a sport but an avenue for keeping fit and living a healthy lifestyle. Importantly, anyone can be a successful bodybuilder despite their shortcomings. All it takes to get there is a strong belief in their abilities and working towards achieving their objective. Don't forget to visit our website for motivational articles on bodybuilding and fitness.

Get big or die trying.