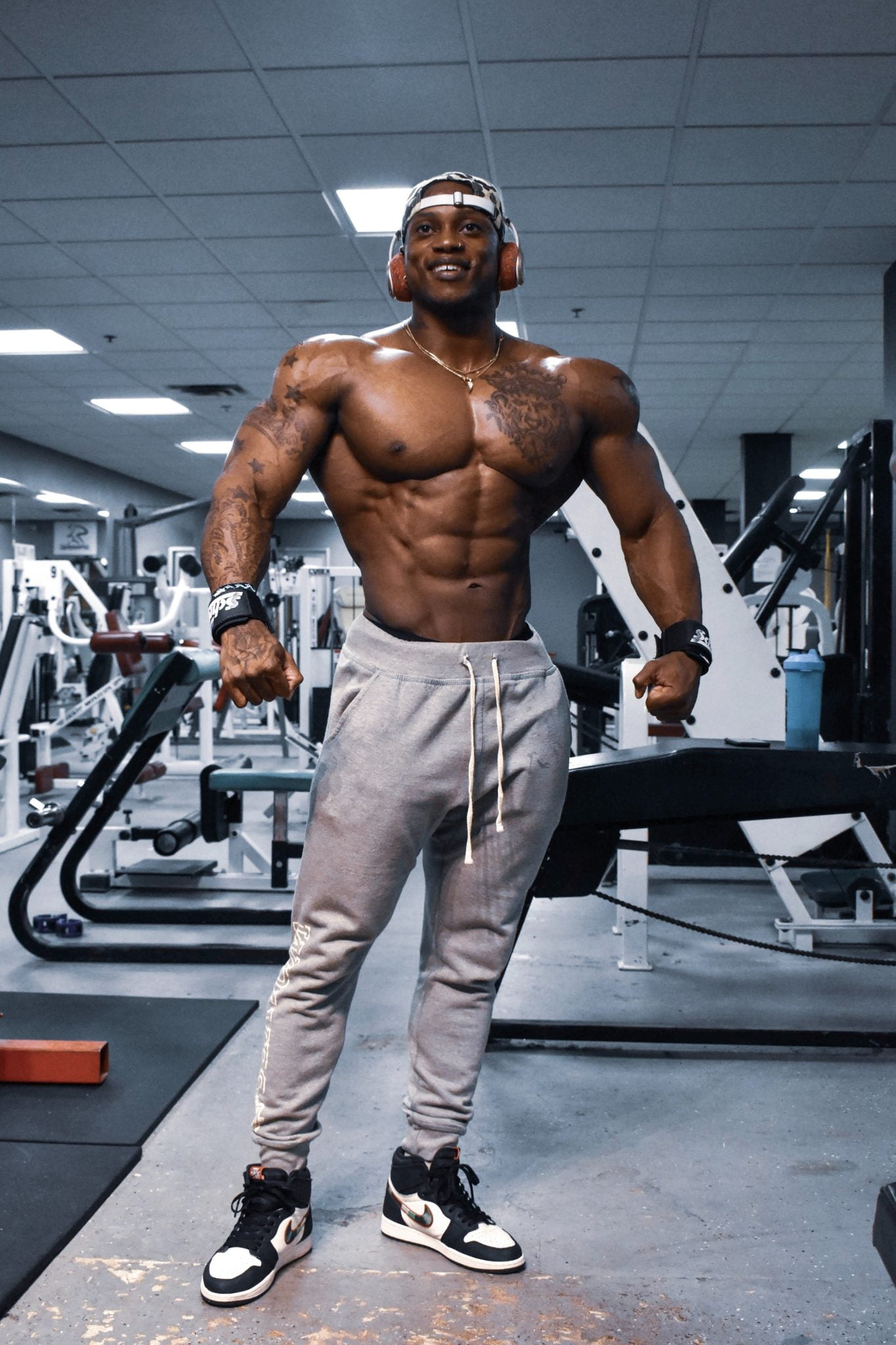 Sports players are always prepared to win individually or as a team at all costs. The pain of losing is unbearable, sometimes. Sportsmen and women participate in their respective sports at the local, regional, national, and international levels for different reasons. While some do so to satisfy themselves, most compete for fame and recognition. The latter group of athletes is prepared to do anything to succeed in the competition. Anything that will put them in front of the eyes of the world is an option worth exploring. And it comes with humiliation and loss of morale. Although doping, better known as the use of performance-enhancement drugs, is illegal in most sports, players continue to do it. We are going to look at steroids in sports in this article.

Anabolic steroids refer to roids, pumps, hype, and juice in sports. Although many people view steroids to be generally illegal, they are, in fact, powerful prescription drugs—most anabolic steroids are derived from testosterone. When not misused, anabolic steroids sometimes treat specific disorders, including managing cancer forms. On the other hand, it can be fatal, so their use has not been given the green light by most governments and organizations. Consequently, steroids are prohibited in most sports because they are harmful and give users an unfair advantage over the rest.

We don't know the exact number of athletes who use steroids, but we know sports where they compete. We also know they are many, even though most of them have not. Some are in contact sports, while most are on track. Although sports regulatory bodies have tried to crack the whip on steroid-using athletes, they have not eliminated the vice. Somehow, athletes are still finding ways to cheat their way to victory.

Must Read:: The History Of Steroid Use By Athletes

The top 10 sports where athletes use steroids:

Baseball players have used steroids to enhance their performance for many years without being detected. However, before 1991, there was no clear rule prohibiting doping in baseball, so we cannot say the players broke the rules.

In the years that followed, I discovered that the prevalent use of steroids in sports gave some teams and players an upper hand. Consequently, the use of steroids in baseball was banned in 2005. Since then, there haven't been many steroid use cases reported, but the players keep using them. The BALCO Scandal of August 1, 2005, involving baseball player Palmeiro, saw the Major League Baseball Players Association call for stricter regulations on doping in baseball.

Doping in Olympic games started as far back as the 1968 Summer Olympics when Hans-Gunnar Liljenwall, a Swedish pentathlete, tested positive for PEDs (Performance Enhancement Drugs) alcohol. As a result, she lost her bronze medal and became the first athlete to be punished for doping. Since then, athletic regulatory bodies have tightened the rope on doping to ensure everyone's level playing ground. However, athletes continue to invent new ways of cheating the system and performing beyond their natural abilities.

The fight against doping at the Olympics was derailed by sabotage. It happens in and without the International Olympic Committee (IOC). For instance, the KGB was accused of posing as anti-doping authorities to undermine doping tests on Soviet athletes in the 1980 Summer Olympics. It was not until the 1990s that the IOC started taking a more organized approach against doping in athletics. The new regulations saw the introduction of efficient testing methods and harsher punishments for athletes who used doping substances. Some of the steroids in sports that the International Olympics has banned 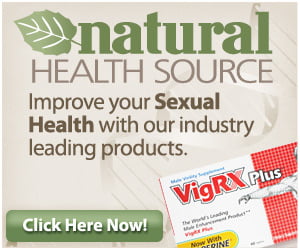 There have been calls to test for steroid use during major bodybuilding competitions, such as Mr. Olympia, but the National Physique Committee has been reluctant to heed those calls. Somehow, bodybuilders are more responsible for steroid use than in other sports, which is not prohibited. Additionally, steroids help bodybuilders burn fat and build more muscle.

The use of steroids in basketball has been ongoing for some time now. For instance, the National Basketball Association (NBA) has seen a sharp rise in suspensions due to substance use. However, the most abused performance-enhancement substance by the new generation of NBA players is not a steroid. The latest breaks are due to the growth hormone, Ipamorelin. The hormone helps players reduce fat and increase lean muscle. Chandler is the latest high-profile NBA player who did for using the substance.

Regarding steroids, basketball players use them to increase their muscle mass and overall performance. The NBA first came up with an anti-doping policy in 1983. Since then, players caught using outlawed substances have between 5 and 20 game bans. Other notable NBA players to test positive for performance-enhancement substances, precisely steroids, are Don MacLean and Matt Geiger.

If you think steroid use only happens in professional sports, think again. The fact is that steroid use occurs at the high school level, where participants use them to shine in their respective fields. Sometimes the young lads face tremendous pressure that pushes them to take shortcuts. You may wonder where these youngsters got to know about performance-enhancement substances. In a world where information moves thousands of miles in the blink of an eye, I wonder no more. Social media has been particularly central in exposing high school students to substance use, including anabolic steroids. Furthermore, most teenagers who want to pursue careers in professional sports do anything at an early stage.

Steroid use in high school games continues to take a toll on the competition because they rarely test players. For example, in the United States, only 20% of schools test their players for PEDs before sending them to competitors.

Steroid use in the National Football League sometimes started before 1987. Currently, the sport's governing body prohibits all performance-enhancement substances. NFL tests players for substances such as steroids once per season.

Those found to have been using them are banned for a minimum of 4 games. Although the body regularly increases the number of random tests every season, anabolic steroids have doubled since the 90s. Anabolic steroid use is seen in professional American Football and high school and college football. Richard Sherman was the most prolific NFL player to test positive for PEDs. He subsequently made a successful appeal that saw him avoid a 4-game ban imposed by the NFL.

Soccer and steroids in sports

The football association has not seen widespread steroid use, but we cannot say it is not there. It is more of a case of missing evidence rather than no use. The late Argentine soccer star Diego Maradona used cocaine later in his soccer career, especially in Napoli and Barcelona. Lately, soccer management bodies are putting more stringent measures to control the use of banned substances in the beautiful game. That includes furthering PEDs investigations among players, improving data collection strategies globally, and developing effective detection techniques.

Before the 2006 FIFA World Cup, the soccer management body ratified the World Anti-Doping Agency (WADA). However, FIFA has not put strict measures in place to battle the use of performance-enhancement substances. It only applies a 2-year ban on soccer participants found to be using prohibited substances. In the 2010 FIFA World Cup run-up, WADA announced that it would increase offenders' punishment from a 2-year to a 4-year ban.

Widespread steroid use in cycling was first witnessed in the 1970s. Unlike in most sports, where performance-enhancement drugs are used to build muscle, steroids improve cycling recovery. 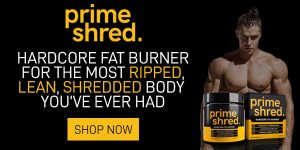 Research has shown that most unfit men in cycling use synthetic testosterone to compete with more fit ones. Over the years, there have been reported deaths among cyclists who have used steroids and other PEDs in competition. The first case of fatal doping in cycling was that of a Welsh cyclist who died after combining cocaine, caffeine, and strychnine. Lance Armstrong, a US cyclist, was handed a life ban and lost previous results after testing positive for a banned substance.

There is a dark side of boxing that many people don't know about: illegal PEDs. Notable boxing icons have been linked to steroid use to enhance their performance in the ring. The mouth-watering money returns associated with boxing are why participants resort to using banned substances to beat their opponents.

However, as in bodybuilding, steroid use in boxing goes undetected for various reasons. One such reason is the fact that boxing competitions don't happen often. If a boxer has been using steroids a few months before the actual battle, the substance may be hard to detect in their system. Kid Galahad, an undefeated boxing professional from the UK, was recently banned for two years after testing positive for Stanozolol. A popular steroid used by boxing professionals.

Triathlon and Steroids in Sports

Although triathlon is not well known in most parts of the world, it somehow made it to our top sports list where players use steroids. It is worth noting that virtually every triathlon player caught doping has not performed better than those who don't use PEDs.

So one wonders, why are they taking the drugs in the first place? Dmitriy Gaag of Kazakhstan is the closest player ever to winning a title in the 2000 Olympics after using drugs.

Related Article:: How Do American Swimmers Manage to Trash Cheating Scumbags Without Steroids?

Steroid use in sports continues to be a big problem, and the end to it is nowhere in use. Sports governing bodies are trying to properly fair completion by prohibiting steroid use and protecting athletes. However, sportspeople don't seem to buy this line of thought. More of them continue to use steroids in different sports to enhance their performance and improve recovery.

While steroid use has helped many of them cling to titles. Some have not been very lucky and have died or become seriously ill after taking the drugs. That begs the question, what is the difference between the two kinds of steroids in sports users? The answer lies in the steroids they use and whether they use them correctly or not. As mentioned earlier in this article, most steroids are prescription drugs used to treat certain conditions. 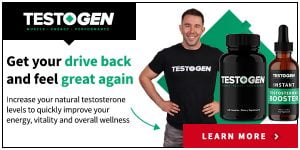 Whenever a drug or misused, there are bound to be consequences. That is why regulatory bodies for most sports have banned drugs in their sports. However, some sports, such as bodybuilding, do not entirely prohibit the use of steroids by participants. If you are really into steroids and not ready to stop using them, you avoid some sports altogether. Furthermore, you can always choose those sports that do not have strict anti-doping policies and excel.