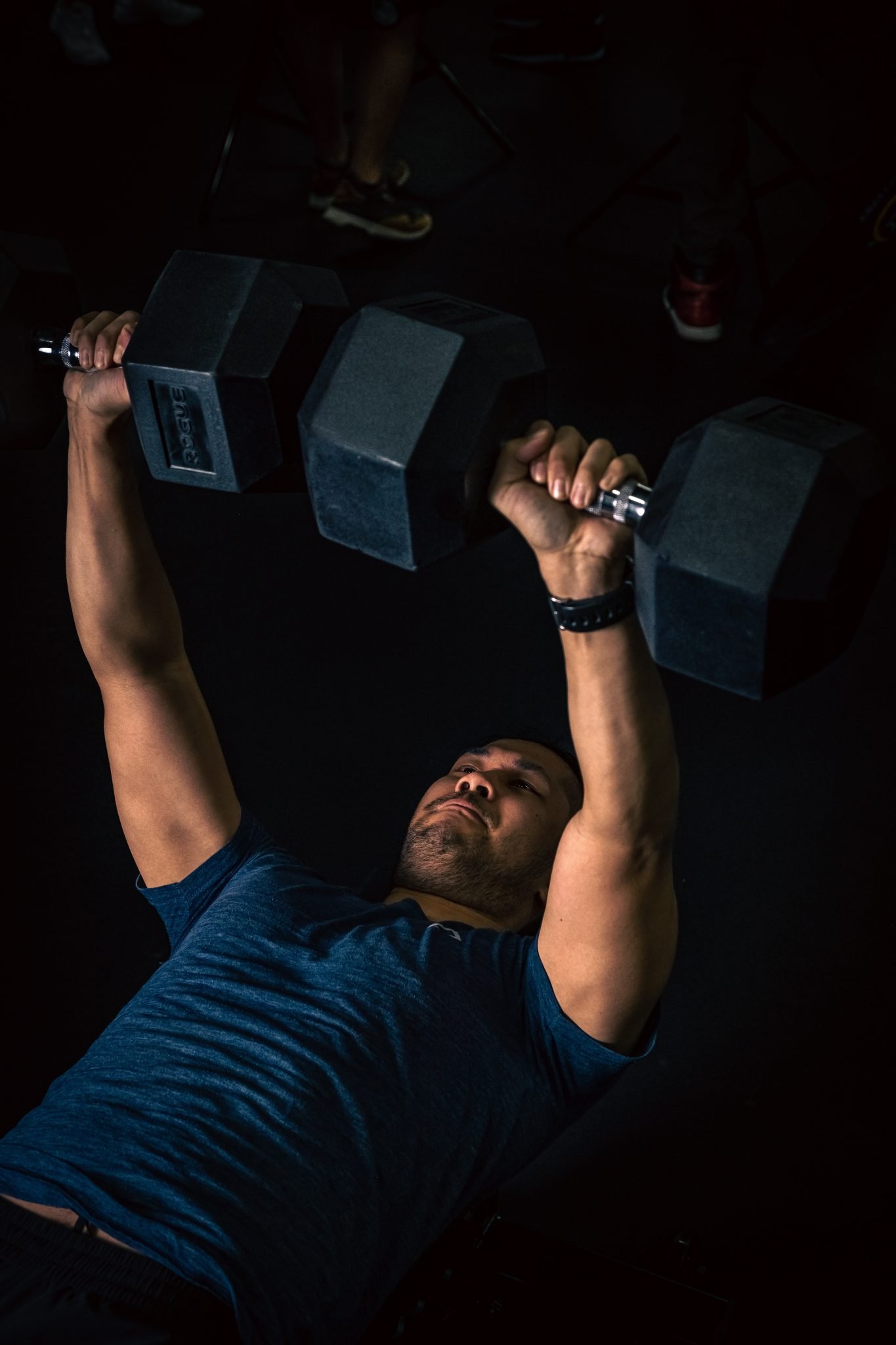 While widely used by bodybuilders and others who engage in different sports, steroids and  internal cycles organs are a topic which causes much debate. Steroids are used to treat certain medical conditions, and in that case, they are okay as they take according to a medical practitioner’s advice and for a good reason. However, steroids can also take for other purposes, and they are popular with people whose intent is to accept them to improve their performance in sports or to build muscles for bodybuilding.

In such cases, when athletes take steroids, the main reason is usually to manage to achieve improved muscle growth quickly and effectively. Others argue that they can benefit from an improvement in metabolism, as well as their endurance and performance, among other things. These chemical compounds affect various bodily processes.

The primary type of steroids is anabolic steroids. These are derived from testosterone, a male hormone responsible for the growth and maintenance of muscles. Anabolic steroids are primarily synthetic versions of this hormone. Testosterone affects the muscles, but it also impacts the immune system, the blood, the bones, and hair follicles. It even changes the central nervous system and the reproductive system. When a male goes through puberty, the testosterone levels increase — leading to the development of the various aspects which make a boy become a young man.

These include an increase in height, the growth of body hair, a deeper voice, and an increase in muscle mass and sex drive. Testosterone also affects a man’s level of aggressiveness. When the testosterone hormone works naturally, it is already causing dramatic changes. So, when it is made to work through artificial manners using anabolic steroids, one can only imagine how it cannot be that good.

Over time, when one uses steroids, the body will get used to the testosterone hormone artificially, and it will end up ceasing to produce it naturally. Apart from the negative effect of this, there are several other adverse effects which steroids.

How do Steroids Affect Internal Organs?

Using steroids irresponsibly is dangerous, as with any other drug. While in the US, you would need a prescription to purchase anabolic steroids, this is not the case in several other countries.

Although these steroids can help to build muscle as well as improve one’s performance in sports, there are specific side effects which cannot be ignored.

Related Article: What Statistics Say About Anabolic Steroids Use in Professional Sports?

In fact, according to research, steroid cycles can cause adverse effects on internal organs. The long term and prolonged use of anabolic steroids have links to heart problems liver damage as well as high blood pressure, among other effects.

Let us take a closer look at the various side effects of oral-injection steroids on the different internal organs. We will be discussing this in the view of when a person takes steroids in a cycling pattern. It means when one takes anabolic steroids in cycles ranging between 6 and 12 weeks. This is known as the ‘on’ period, which follows not taking steroids. In many cases, people who follow this pattern will subsequently start on another cycle as the effects of taking steroids will make them do so. Many feel that they cannot let go of them, and they rely on them to keep up the results attained in the previous cycle/s. But, there is much to consider before taking steroids, as you will be able to discern as you read the following.

Side Effects on Kidneys

Unfortunately, the use of steroids associated with kidney problems, including kidney cancer. The hypertrophic changes that steroids cause led to kidney cancer cell development and growth in some cases. The kidneys are responsible for the filtering of waste products from the body, and it seems that the effect of steroids impaired with this.

We are documenting some cases it could be seen that after prolonged use of anabolic steroids and creatine supplements, a combination which is very common with bodybuilders, kidney damage resulted. Anabolic steroids have a considerable impact on hypernatraemia. Often this then proceeds to hypokalaemic alkalosis.

There were cases where kidneys could have practically destructed since steroid cycles affected them dramatically. Poor corticomedullary differentiation and even asymmetry in the organs resulted. Also, when there is a great muscle mass, there could be problems with the cortex.

The most common problem relating to kidneys is chronic interstitial kidneys disease. The kidneys are among the most negatively affected organs when taking steroid cycles.

Side effects on Liver

Similarly, just as kidney cancer resulted in some cases when bodybuilders took steroids. There were also incidents when liver cancer occurred. It is mainly attributed to the fact that the long term use of oxymetholone could lead to the production of hepatocellular carcinoma.

The liver is an organ that is significantly affected by steroid cycles. It is because steroid hepatotoxicity causes various adverse side effects on the liver. Steroids contain anabolic-androgenic substances, and these are highly toxic to the liver cells. Liver infections are common, and some could be chronic. Hepatotoxicity shows chronic vascular injuries and liver transaminases. It also led to acute cholestatic syndrome and fatty liver disease, which was toxicant-associated. There are also people who see to have gone through substantial changes in lipoproteins, which cause various problems too.

Studies conduct on rat liver cell cultures, and the results are apparent. The incidence of steroid-related liver problems is evident in these studies. Various steroids were used, including Testosterone, Dianabol, Oxymetholone, and nortestosterone.

The use of anabolic steroid cycle links with various cardiovascular problems, especially higher risks of heart attacks and strokes. Long term steroid use to have impacted heart health in many young men permanently and drastically. Research showed that men who were steroid users had a worse heart function than men who used to be steroid users, but then stopped cycles.

Steroid users had considerably higher amounts of plaque build-ups in the arteries, and this leads to heart disease.

Even short term use of steroids could lead to adverse effects on the heart, let alone long term steroid use. Studies demonstrate that the more steroids one takes over time, the worse it is going to be for his heart as the damage could be substantial. Steroid-related heart impairment could be so severe that it could ultimately lead to heart failure.

Many studies conclude that the left ventricle is particularly negatively affected. It is the heart muscle, which is mainly responsible for pumping blood through the body. When it comes to steroid users,  results that their left ventricle was noticeably weaker. Since these people will thus have a low pumping capacity, this could lead to an increase in the risk of heart failure and even sudden cardiac arrest.

Many steroid users also saw to have an impaired diastolic function. It means that the left ventricle ends up relaxing and filling up with blood.

Studies carried out on many steroids, and non-steroid users concludes that there is an essential link between steroid use and the incidence of heart impairment and dysfunction.

High blood pressure is a common symptom for people who take steroid cycles. Hypertension causes various problems, such as an increased risk of cardiovascular disease and hemorrhagic strokes.

Blood pressure also ends up damaging the endothelium, that is, the inner lining of the arteries. As the arteries end up narrowing down considerably due to this, heart attacks and strokes could result.

Anabolic steroids increase blood pressure. It is mainly as a result of the sodium retention properties that they have.

Related Article >> What Impact Have Anabolic Steroids Taken On Your Heart and Blood Cells?

Steroids can influence sexual hormones dramatically. Steroid cycles will have general effects on the body’s ability to produce testosterone at reasonable rates. Since with the use of steroids, one will have high levels of androgenic agents in his or her blood. The chemo-sensors in the body will end up sending out chemical messages that the organs do not need to produce such agents, as they would typically do. It leads to a slowing down, which in time curtails normal bodily functions. This reaction happens after prolonged use of steroids.

Moreover, in males, the long term use of steroids often leads to azoospermia. It is a condition whereby the sperm count ends up declining significantly. Apart from that, the sperms are often either inactive or deformed. It inevitably affects one’s sex life. There case where men who ended up suffering from azoospermia had to undergo extensive interventions — involving gonadotropic agents to be able to stimulate their system sufficiently and produce sperms usually.

Another problem is that the prostate gland, which produces the seminal fluid required to convey the sperm, can also be significantly impairing after prolong steroid use. In a study on an athlete who used steroids routinely, the results showed that his prostate gland became bigger after several cycles. It led to problems with his ability to urinate, as well as the discomfort of needing to urinate frequently during the night. While there is no evidence that all this could also result in prostate cancer, it is evident that steroids have a considerable negative impact on prostate functions.

The main reason for taking steroids is to increase muscle growth. However, this is not as positive as one might think. While muscle size and strength improve, unfortunately, this growth is not always effectively by the natural sources of the person’s body. Consequently, many ends up practically addicted to steroids to manage to maintain the muscle gain achieved. It ends up being a vicious cycle whereby the use of steroids may end up increasing considerably. This, in turn, increases the risks of steroid-induced damage, which could be chronic.

Problems with the skeletal-muscular system, also commonly reported by people who go through steroid cycles. The reason is when you gain a lot of muscle strength and muscle mass in a relatively short period, there will be problems with the connective tissues. These support the muscles and the tendons. Since the period that this growth occurs when taking steroids is not that long. These connective tissues do not have enough time to manage to develop correctly. It may lead to torn ligaments, muscle injuries, and even ruptured tendons.

Mood and behavioral changes could also result among steroid users who end up taking several cycles.  From certain studies, it concludes that steroid users were more prone to violence. Anabolic steroids consistently link to aggressive behavior. It appears to be one of the main adverse effects that these drugs end up causing.

Building muscle naturally goes hand in hand with developing one’s health. Building muscle by taking steroids is a possibility, and there is no denying that steroids do work. They do deliver results within a short timeframe. However, when considering the various adverse effects that they have on the human body. Most organs, you might want to think twice about using steroids. There are safer, natural ways to build muscle, and even though it may take longer to achieve the desired results. It is better than suffering from any of the problems as mentioned above. Most of which are chronic or life-altering symptoms.