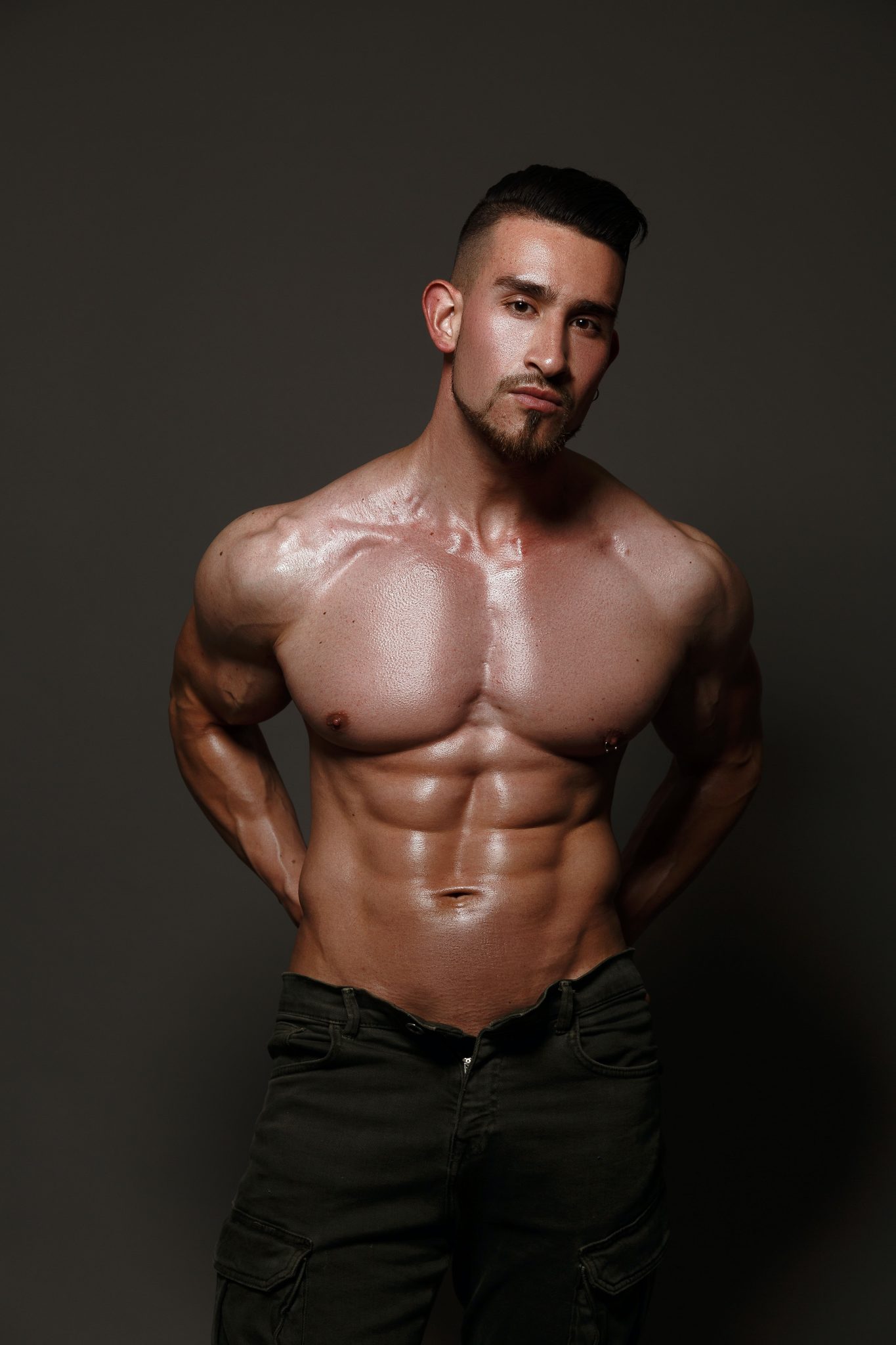 Antioxidants During a Steroid Cycle

Steroids are synthetic hormones designed for clinical use in managing various chronic diseases. Anabolic-androgenic steroids, derivatives of the male hormone testosterone, are used by athletes in sports. The aim in such instances is to boost muscle mass, increase performance and endurance. Also, they shorten recovery time between exercises. Inappropriate use of steroids is associated with several adverse effects. To limit such outcomes, their correct use is recommended, and antioxidants can help you.

Due to the varied used and different desired outcomes, patterns of use have been established; cycling, stacking, and pyramiding. The steroid cycle refers to a pattern of steroid use intending to build body mass or muscle mass. Here anabolic androgenic steroids are used in cycles of about six to twelve weeks followed by an off phase of several months. Pyramiding generally involves gradually increasing the dose of the steroids to a maximum level, followed by dose reduction. Another pattern is stacking, where various steroids combinations include other supplements.

Athletes desired outcomes categorize steroids as either; bulking steroids- used to increase muscle mass, performance steroids- aimed to increase strength and endurance, or cutting steroids- used to reduce weight (cut fat). Delivery routes are based and user preference and desired outcome. It can be oral, implants, injections, and cream or gels. In the body, they bind to the androgen receptors, resulting in molecular interactions with the cell DNA. The ultimate result is to increase protein synthesis and subsequent cell growth.

Related Article:: How Can Steroids Affect Athletes – Benefits and Side Effects of Steroids

Cycles for anabolic steroid use depend on the physical state of the user. Beginners and experienced users have different cycles. This limits the chances of developing adverse outcomes; for instance, it lowers the risk of suppressing own hormone production. Also, it enhances higher efficiency and safety. An example of a steroid cycle for beginners includes; turinabol 30-50mg/day for 9 weeks, testosterone enanthate 500mg/week for 8 weeks, and Dianabol 30-50mg/day for 6 weeks. Experienced athletes' cycle contains a combination of steroids, for example, nandrolone decanoate +sustanon, trenbolone enanthate plus testosterone, and boldenone plus testosterone enanthate.

Antioxidants are substances or elements that inhibit or reduce cell damage due to free radicals, reactive oxygen species, and other unstable molecules resulting from chemical reactions or physiological changes in the body. During a steroid cycle, antioxidants play a role in scavenging free radicals and other unstable compounds produced by skeletal muscles during exercise.

The roles listed above are discussed in detail as follows. Later I will discuss various classes and types of antioxidants available.

Oxidative stress results from an imbalance between free radical production and the elimination by physiological antioxidants. This imbalance with increased radical levels accounts for oxidative damage. Stress-sensitive signal pathways are activated, which play a role in the pathogenesis of chronic conditions such as cardiovascular conditions, metabolic syndrome, and insulin resistance.

Physical exercise's physiological importance in maintaining normal body function and health is accompanied by oxidative stress induction. During physical exercise, there is an increased demand for oxygen in the muscle tissue. It is estimated that oxygen uptake by the muscles increases by 10-20 folds. This increased influx in active skeletal muscles increases the formation of reactive oxygen species and free radicals. Their effect is to oxidize macromolecules, DNA, amino acids, polyunsaturated fatty acids, and proteins.

During the steroid cycle level of muscular activity increases with increased exercise level. During this activity, muscle fibers stretch as a result of repeated use. Repeated contractions and relaxation create tension in skeletal muscles causing the fibers to lengthen. Physical exercise increases oxygen influx within the muscle tissue. These active muscle fibers increase in size approximately by 100-200 folds. Normally muscle fibers are adaptive to the level of stress experienced.

However, increased activity increases the production and accumulation of free radicals and reactive oxygen species. Their formation rate exceeds that of clearance by available antioxidants, both exogenous and endogenous systems. Their formation plays a role in muscle damage during physical activity. Antioxidants remove the reactive oxygen species, thus halting further muscle damage. A study by cian McGinley et al. in 2009 evaluated the role of vitamin C and vitamin E in preventing muscle damage due to ROS due to exercise among sportspersons.

Dietary supplementation of phytochemicals has been shown to reduce the effects of eccentric muscle damage due to exercise. Another study explained the findings above, emphasizing that correct dosage and requirement should be provided to avoid toxicity or causing further muscle damage. An individual estimated requirement must be provided for muscle tissue's effective functioning and a better outcome.

During the steroid cycle, individuals are involved in strenuous physical exercise. This activity alters the skeletal muscle state by increasing the length and that of tendons. This is a result of the adaptive activity of the muscle tissue to exercise, as discussed above. In the process, there is muscle injury which will trigger an inflammatory response. Muscle damage also results from the thermal effects and ischemia/reperfusion. Neutrophil leads to the accumulation of reactive oxygen species, thus increases the burden of oxidative stress in the muscle cells.

Neutrophils are increased in circulation during exercise. Their increase subsequently increases the level of neutrophils associated with reactive oxygen species and corresponding oxidative stress. Another source of neutrophil during exercise is suggested to be from the effect of free radicals on leucocytes, where they damage the DNA. A study done confirmed that antioxidants modulate the neutrophil inflammatory response to exercise-induced stress.

In that study dated December 7th, 2020, three groups were studied for a period of 21 days. One group was on the antioxidant-supplemented beverage, and the others acted as control groups. At the end of the exercise, given blood samples were drawn, plasma and neutrophils were separated. Plasma creatinine kinase and myoglobin levels have elevated a confirmation of muscle damage due to exercise.

After measuring plasma oxidative bio-markers, it was found that it increased in all the groups that were not on antioxidant supplements. On measuring neutrophil antioxidants enzymes, there was a notable increase in the control groups confirming that the activity was reduced in the supplemented group. The activity of myeloperoxidases was increased significantly among the control groups. On the other hand, enzyme levels were elevated among those on antioxidants supplements. This confirmed the role of antioxidants in modulating inflammatory responses induced by exercise.

As defined above, they are free radical scavenging molecules. The overall effect of this function in to protect the cells from oxidative stress-induced damage. Their interaction with free radicals results in a chemical reaction that stabilizes these free radicals. In other words, the molecules can prevent oxidation or limit oxidation of other molecules. Oxidation refers to a chemical reaction that involves the transfer of electrons from one compound or element to the other (oxidizing agent).

These reactions act as a source of free radicals, which start a chain of other harmful reactions to the cells. Antioxidants are mostly reducing agents in nature, thus preventing oxidation reactions by them getting oxidized in the process. A lack of antioxidants in the body or their limited availability will result in an oxidative stress state. This state is associated with a series of reactions that damage the cells and compromise function. Free radicals are associated with the pathogenesis of chronic diseases, for instance, cardiovascular diseases and cancers. Supplementation of antioxidants is beneficial because it provides the body's optimal physiological function and improves health.

These antioxidants stabilize free radicals. They achieve this by breaking the chains of lipid radicals, and converting them to a non-radical state or stable form. This group comprises antioxidants derived from phenols and secondary aromatic amines. Their structure makes them available in different molecular weights. They are further grouped as either mineral antioxidants, vitamin antioxidants, and phytochemicals. The mineral antioxidant serves as co-factors to enzymes involved in the anti-oxidation process. They comprise selenium, iron, zinc, magnesium, and copper.

Their availability plays a bigger role in macromolecules' metabolisms, such as proteins and carbohydrates. Vitamins and antioxidants are vitamins with which act as reducing agents. This comprises vitamin B C and E. Antioxidants that cannot be grouped as minerals or vitamins fall in the phytochemical category, including flavonoids. They are phenol compounds responsible for the coloration of plants, i.e., fruits and vegetables or seed leaves.

The most active in this group are catechins found in green tea and sesamol. The fat-soluble color of vegetables and fruits forms carotenoids. An example is beta-carotene which is found in carrots in the body. It serves as a source of vitamin A in case of its deficiency. Tomatoes have lycopene as an antioxidant, while dark green vegetables have zeaxanthin.

Color-containing fruits and vegetables, especially oranges color are rich in beta-carotene. Green vegetables have an abundance of lutein and zeaxanthin. Tomatoes and their products contain high levels of lycopene. Mineral antioxidants are provided as supplements or other available in plants and animals, for example, selenium (rice and wheat).

Antioxidants used mostly are phenol compounds and would be either mono hydroxyl or polyhydroxy. Due to their low activation energy, they are not reduced (they would not donate hydrogen). As a result of this stabilization, it prevents the formation of other free radicals. A free radical chain reaction is minimized by donating hydrogen by the antioxidant. The intermediate antioxidant free radical does not oxidize due to its stability, thus preventing free radical chain reaction propagation. The resultant antioxidant radical can also react with lipid-free radical, and a complex compound is formed, which is stable, thus preventing further damage by such radicals.

Vitamin E (tocopherol): this is a fat-soluble antioxidant. Among the eight members of this group, alpha-tocopherol is the most important. It is the most lipid-soluble and with property in enhancing the membranes' protection from lipid-related free radicals resulting from lipid peroxidation chain reaction. The intermediate of this reaction, oxidized alpha-tocopherol, can be recycled to its original form by using other antioxidants, e.g., vitamin A and C.

Vitamin C has reducing properties, can neutralize reactive oxygen species, and play a vital role in cancer prevention. Its reaction with glutathione within the cell maintains it in a reduced state.

Glutathione is synthesized in the cells from amino acids. Within the cell, it can be maintained in either reduced or oxidized states mediated by enzymes such as glutathione reductases. It maintains the cell in its redox state, and due to its high concentration, it is the most vital cellular antioxidant. The cysteine group has reduction properties in its structure and can be oxidized reversibly.

Contrary to what many people think about antioxidants, they’re, in fact, beneficial to a bodybuilder or any other fitness enthusiast during a steroid cycle. However, it would help if you regulated it to reap the full benefits.

Shares
Related Topics:AntioxidantsSteroid Cycles
Up Next

How to Retain your Physique after Retiring from Bodybuilding